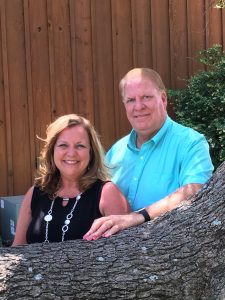 For almost 20 years it has been my privilege to serve as Lead Pastor at Crossroads Church in Lillington, NC. Our family, my wife of 38 years, Vanessa, along with our three children moved to North Carolina in 1997. We had lived for a few years in Little Rock, AR. We’re both native Texans, having grown up in small towns there, we actually met in Casper, WY where I was serving on the staff of a church for the summer months of 1976. Vanessa wound up transferring to the University I was attending, Howard Payne University in Brownwood, TX, where I graduated in 1978 and she graduated with her teaching degree (math and music) in 1979.

I attended seminary at Southwestern Baptist Theological Seminary in Forth Worth, where I earned a Masters of Divinity degree in 1981 and a Doctor of Ministry degree in 1985. Vanessa teaches high school math and is anxiously awaiting retirement from that in the next few years.

In 2016, the Crossroads Church Elders decided to apply for a grant from the Lily Endowment for me to be able to take a 4 month sabbatical in 2017. The Lord was very gracious in allowing us to be chosen for a grant. This blog, in large measure, will be used to record the events, lessons learned, and experiences of that Sabbatical. After 42 years of continuous ministry in pastoral roles (I was pastoring my first church at age 18), I am looking forward to the time away, which I pray will be a time of spiritual, physical, and emotional renewal for both Vanessa and me.